Team will be reassigned to different projects within the studio 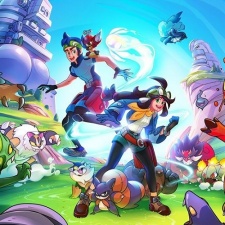 Rovio has revealed that the studio has cancelled Phoenix Rangers, a monster-collecting puzzle RPG planned for mobile devices.

The Finnish company has confirmed that all development on the title has stopped, and the game has been taken down from app stores. Phoenix Rangers will still be playable for any users that downloaded the game, with servers being kept open until autumn this year.

Players were tasked with building the perfect team before embarking on a monster-collecting, puzzle-solving adventure through different locales, while defeating waves of enemies along the way. Each monster featured a special skill powered by matching gems, which can then be unleashed via their special abilities for a devastating attack.

Phoenix Rangers was soft-launched on Android in late 2019 and had been updated regularly until the beginning of June 2020.

"The decision was taken after the game team decided they wouldn't be able to reach the level of success they were aiming for," said a spokesperson for Rovio.

"The team are already being reassigned to other projects within our studios."

According to Sensor Tower data, Phoenix Rangers accumulated 54,000 downloads and approximately $13,000 from player spending. February 2020 was the games best month for downloads, where it generated 11,000 installs. The US made up the majority of downloads at 63 per cent before the Philippines and Brazil followed with 29 per cent and eight per cent respectively.

This is not the first time Rovio has cancelled a project mid-way into development, with the studio previously cancelling Angry Birds Football, seven months after soft-launch.