Update: Voltage responds to the strike action by Lovestruck staff

"None of our 21 fellow Lovestruck writers have had their contracts terminated, and we are surprised by the company's statement" says the Voltage Organised Workers group 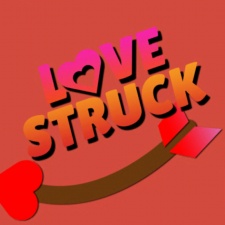 Update: Voltage Entertainment USA released an official statement in regards to the current conflict it has with Lovestruck writers.

From the statement, there appears to be an indication that the staff members in question have been let go. However, the Voltage workers have since released their retort, in which,they claim that no one has been fired as they express confusion at the wording of the letter.

"None of our 21 fellow Lovestruck writers have had their contracts terminated, and we are surprised by the company's statement," said Voltage Organised Workers.

However, the staff remain hopeful that they will come to a peaceful resolution with management, which will prove beneficial for both parties.

As detailed in a Tumblr post, the team behind Lovestruck – a romance stories app – have banded together to "demand better working conditions, greater transparency, and increased protections." However, the company's management team has ignored staff requests which have resulted in the workforce going on strike.

Currently, Voltage writers are paid less than the standard rate within the industry. Naturally, they would like to receive the pay and respect that they deserve.

Tell you a story

"We have been given an invaluable foot in the door to the industry and a platform to tell stories that represent our voices, our passion, and our experiences. We are also all fans of the app, and we care deeply about the stories we tell," said Voltage Organised Workers.

However, the team has made it clear that they love the app they work on, and appreciate the platform they have for their stories. As such, they have implored fans not to boycott the app, instead, they have asked that people send messages to the company through a contact form on its website.

While there will be no immediate effect on Lovestruck, stories will be delayed due to the strikes.