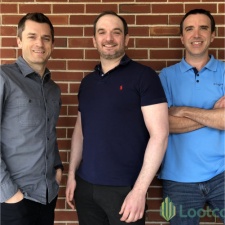 Free-to-play games network Lootcakes has raised $2 million in a seed funding round.

The investment was led by Konvoy Ventures, and had further participation from SOSV and GAN Ventures.

"At Konvoy, our investment focus is to support founders with the pursuit of improving the gaming industry. Lootcakes' ability to help players recapture the value of their spending data is what resonated with our team. We have a simple belief that if it is your data, you should benefit from it," said Konvoy Ventures Managing Partner Jason Chapman.

"We are excited to support Matt and the rest of the team as they continue to reward more players and launch in new geographies."

The platform is designed for players that spend money in free-to-play games, it works by allowing members to submit receipts for in-game purchases on any F2P title on Google Play, the App Store, and Steam. For each dollar spent, they will be awarded with lootcakes, the network's personal currency.

Lootcake's virtual money is redeemable in the form of gift cards that work with major companies. However, with its new funding, the company is looking to create a mobile app for consumers to go alongside its web-based service.

"Lootcakes aims to be the leader of a new data paradigm we call 'rewarded data-sharing', in which consumers actively harness their data to get more of what they love, instead of passively giving it away."