The puzzle game was released in 2017 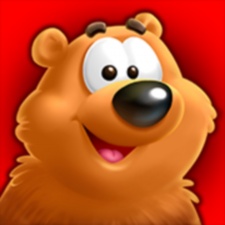 The puzzle title was released in 2017 and served as a follow-up to Peak's other game, Toy Blast, which has amassed around $820 million in revenue. In August 2019, the Istanbul-based developer cracked $1 billion in player spending.

User spending has continued to increase year-on-year for Toon Blast, with H1 2020 earnings up by 12 per cent, likely due to the global coronavirus pandemic. Within its first year of release, Toon Blast managed to bring in $200 million.

The US has proven to be the most lucrative country for the game, as it accounts for 60 per cent of all earnings, or rather $204 million. Meanwhile, Japan and the UK come in at No.2 and No.3 respectively.

When it comes to downloads, Toon Blast has accumulated 113 million, a majority of which were generated in the US with 36.5 million at 32 per cent. As with revenue, Japan and the UK sit at second and third respectively.

The success that Peak Games has seen with Toon Blast will no doubt please its new owners, Zynga, who acquired the company earlier this year in a staggering deal worth $1.85 billion.

Toon Blast revenue rockets to $200 million in its first year