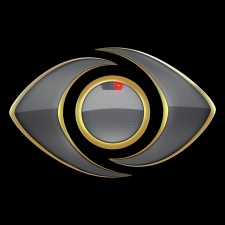 In the new mobile game, housemates can click on the radio. Then they will be asked if they would like to listen to an audio ad in exchange for in-game currency.

"We're thrilled to be working with 9th Impact for their release of the Big Brother mobile game. This launch will bring to life a whole new reality gaming genre, which will change the way people play games and connect forever", said AudioMob CEO and co-founder Christian Facey.

" Enhancing user experience through innovation is at the heart of what we do, and it is so exciting to be part of a project that reflects these values."

AudioMob is currently hosting its 'Resonate' Game Jam with a $1,000 cash prize. Studios that are taking part need to implement the company's ad solutions.

The new Big Brother was recently launched for iOS and Android devices and is free to those who want to watch the action. However, to take part and be a contestant, players will need to pay $4.99.

However, the entry fee could be a small price to play as there is a guaranteed prize of $10,000. The money could reach a maximum of $1 million, as for each housemate that enters, a further $0.69 will be added to the prize fund.