Free-to-play sports title will no longer be developed 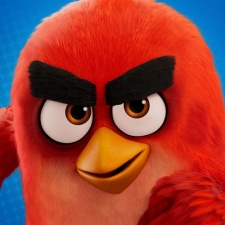 Rovio has revealed that it will not pursue the development of Angry Birds Tennis, following a period of soft launch.

The decision was confirmed to PocketGamer.biz by the Finnish developer, after the game received two early market tests in February and July earlier this year. Angry Birds Tennis was subsequently removed from all stores and will now not return.

The studio has been carrying out numerous tests throughout the year, including one for an MMO action title known as Hardhead Squad, as well as a turn-based RPG that utilises the Angry Birds IP once more.

Angry Birds Tennis was a free-to-play sports title that featured real-time player versus player gameplay, with multiple game modes and two dozen characters to unlock. The original description suggested that "super-abilities" would be incorporated into the mechanics in some way.

For the short time it was accessible, players across the US, Sweden, Finland and Mexico could install the game on iOS and Android.

Rovio CEO Kati Levoranta recently announced that she will depart the company at the end of the year after four years in the role.

This isn't the only game to be removed from soft launch as of late, with EA subsidiary PopCap Games pulling the newest entry in the Plants vs. Zombies series.