"Until this year, Voodoo was not immune to the charm of the US gold standard of iOS exclusive testing" 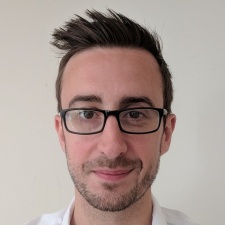 When it comes to mobile game publishing, many developers choose to focus on only one major platform, iOS or Android, to get their prototype across the finish line and onto the market.

However, the importance of the two platforms should not be underestimated. Until this year, Voodoo was not immune to the charm of the US gold standard of iOS exclusive testing. Our expert understanding of the iOS ecosystem, which is a result of testing tens of thousands of prototypes over the years and participating first-hand in the boom of hyper-casual games, has allowed us, until now, to successfully focus all our energy on iOS. However, this year we realised that it was time to make a change. By popular demand, we opened Android testing on our Publishing Platform in July this year, and we’d like to share some insights.

The decision to open Android testing came about quite organically. Here at Voodoo, communication is a two-way street. We advise our partner studios and help them launch hit games worldwide, but we also listen to them and their ideas on how to improve our collaboration. We regularly ask for feedback on our tools and practices, and Android testing became a clear trend. Studios were asking for it, and we realised that extending our toolset was an important next step for Voodoo. So we decided to do it.

Our teams spent several months working hard to deliver on this request, and it was soon ready to launch. Since July, our partner studios have therefore had full access to both Android and iOS testing directly from our publishing platform. Several months into this new way of working, we have found that it offers a whole new wealth of value to the testing experience, giving more support to our partners and their ability to launch successful games. In this case, knowledge is definitely power, and developers can now compare a game’s potential on both platforms at the same time, discovering which it is best suited for and where it will be most successful.

But opening Android testing is not just helpful in terms of knowledge gain. We have also found that it pushes reach. Developers using a Google Play Developer account have reduced costs compared to an Apple version, so the process is more accessible. It also offers international studios the opportunity to reach local markets where Android is the dominant user and development platforms, such as in Asia Pacific countries. Here at Voodoo, we pride ourselves on being a truly global Publishing studio, both internally with our staff and studios, and externally with our gamers, so this is also a big advantage.

A question that comes up frequently is: how do KPI’s stack up on Android? Through a process of comparing the two platforms via running two identical game prototypes, we quickly set out to develop a brand new KPI standard, and after several months of intense testing, we were happy with our conclusion.

A few months on, and we’re thrilled to see this integration making an impact for our partners. This is a major step up for Voodoo and how we support our highly talented developers, allowing them to really thrive in an increasingly competitive environment. We recognise that in this industry, you need to diversify, to keep moving forward, and that’s exactly what we do. Watch the charts, because we know you’ll be seeing more of our titles there soon.