Genshin Impact picked up iPhone Game of the Year 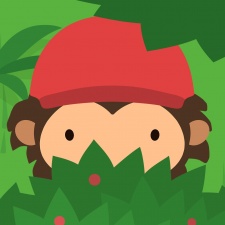 Apple has named RAC7's Sneaky Sasquatch its Apple Arcade Game of the Year.

The adventure game was one of the launch titles for Apple Arcade when it launched in September 2019. Upon release, the service boasted 79 games, though that number quickly grew to 100.

Currently, there are 143 mobile titles available on Apple Arcade.

As Apple recognised the App Store Best of 2020 winners, it also gave a list of the Top Apple Arcade Games. Naturally, as it was the Game of the Year for the subscription service, Sneaky Sasquatch took first place.

However, it was joined by some popular games in the top 20. Coming in at No.2 was Sonic Racing, with Skate City, Hot Lava and Pac-Man Party Royale closing out the top five Apple Arcade games.

Fun in the arcade

The full 20 Top Apple Arcade games are as follows:

Best of the best

Meanwhile, the iOS creator named InnerSloth's Among Us as the Top Free iPhone Game. However, it was joined by the likes of Subway Surfers, Call of Duty: Mobile, Mario Kart Tour, Roblox and Johnny Trigger. The latter of which we recognised as our Mobile Game of the Week upon release.

Furthermore, Among Us also took the top spot in the Top Free iPad Game category. It was joined by Roblox, Fortnite, Fishdom, Magic Tiles 3: Piano Game and more.