"People were hungry for new apps and new games" 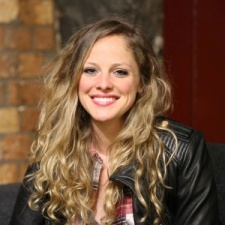 Last year, the world was hit with a pandemic that saw the mobile platform reach new heights in revenue and downloads.

In 2020, there were 218 billion app downloads across the app stores worldwide, including the App Store and Google Play. China, the US and India proved to be big hitters when it came to installs - a "really impressive year overall for downloads, specifically."

Meanwhile, daily time spent on a mobile device per user hit 4.2 hours, "this is pretty huge," according to Sydow as it makes up more than 25 per cent of waking hours being spent on smartphones.

However, up 25 per cent year on year, consumers spent 3.5 trillion hours on Android devices in 2020.

"Around 10 per cent of global time spent on mobile is spent on games," said Sydow.

Moreover, it is not just Gen Z that are spending time in games, rather millennials and baby boomers are also spending more time on mobile devices; there was growth seen across all age groups.

However, at a 30 per cent year-on-year growth, the largest increase came from the baby boomers generation.

Furthermore, there was $143 billion in consumer spending on the mobile platform. However, this number does not include mobile commerce.

$7 out of every $10 was spent on games in the mobile market last year.

Last year, 25 per cent more publishers earned more than $2 million on both the App Store and Google Play.

"This is important because it means that meaningful impact is happening," said Sydow.

Last year, casual games dominated the downloads market "which makes a lot of sense" due to hypercasual popularity. Around eight out of 10 titles were part of the casual genre.

However, core games accounted for 66 per cent of consumer spending. When it comes to time spent, the core genre takes the majority at 55 per cent. However, casual games account for 43 per cent of the total share.

For time spent, the majority of growth came via simulation and sandbox titles, with the subgenre growing 75 per cent year-on-year.

"Battle royale still had a strong year with a 35 per cent growth year-on-year," said Sydow.

"Among Us had a big year," said Sydow.

The multiplayer title took the world by storm last year, performing particularly well when it comes to downloads.

Roblox experienced a great year on the consumer spending front, as did Coin Master, which falls under the casino genre. Pokemon Go, did very well across the board, including spending, time spent and downloads.

Other notable games that experienced a good year include Call of Duty: Mobile, PUBG Mobile, Brawl Stars and State of Survival. The titles experienced success in various areas and markets.

However, Scrabble Go also appeared because plenty of people spent time on the word-based game, particularly in Europe.