Pre-orders will open on the App Store later this year 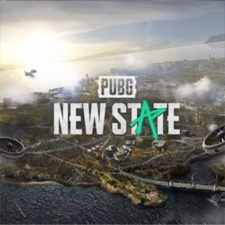 The milestone has been hit within one week of being formally announced, with the users being registered through Google Play alone.

Players that do choose to pre-order the game will receive an exclusive vehicle skin and up-to-date information on the title.

However, pre-registration will come to the App Store at a later date, while fans can gear themselves up for an alpha test later this year.

PUBG: New State is to be a free-to-play mobile game for Android and iOS devices and is being developed by PUBG Corp.

"We want to build on that legacy by creating an experience that pushes the limits of mobile gaming," said PUBG: New State executive producer MinKyu Park.

"Watching our team come together to develop a global product has been an amazing experience, and we are confident that it will speak to all audiences when it launches later this year."

The latest entry in the PUBG franchise will hit Google Play and the App Store later this year.