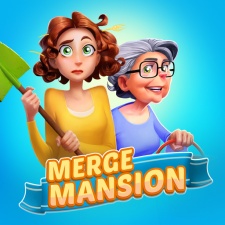 Supercell has already provided around $25 million of equity investment into the company, which launched in 2015 as Everywear Games, developing content for Apple Watch.

Since then, it’s pivoted with its mobile puzzle game Merge Mansion now operating at an annualised rate of over $50 million, hence the new availability of cash.

Structuring the investment as a credit line is simpler and doesn’t impact other investors in Metacore compared to an equity investment.

Supercell first provided a credit line for Metacore in September 2020, but this has been significantly expanded in the new deal.

“Scaling a game globally is a very capital intensive business.”

Merge Mansion currently acquires users through the usual channels such as Facebook and Google, but over the coming months it will expand its reach including via TV, radio and influencer marketing.

In this context, Tammenkoskim said he didn’t expect issues around targeting and Apple’s new restrictions around individual privacy to impact Metacore’s plans.

We’re not looking for whales. Merge Mansion is a casual game with regular spenders.

“We’re not dependent on hyper-targeting,” he argued.

“We’re not looking for whales. Merge Mansion is a casual game with regular spenders.”

Indeed, part of the reason for Supercell’s funding is that Merge Mansion already boasts what Tammenkoski describes as “Supercell level KPIs”.

And it’s this which generates the confidence that the game will return an appropriate return on investment over the next 12 months.

“Supercell are nice guys, but they’re not doing this out of the goodness of their hearts,” Tammenkoski concedes.

“This is a financial deal.”

As for the challenges of taking a game from an annual run rate of $50 million to $500 million - in turn competing with companies such as Playrix, King and Zynga - Tammenkoski says he’s looking forward to the challenge.

“We’re fully ready to embrace the smarter competition you get the closer you get to the top,” he says.

Metacore secures $29.6 million from Supercell as it rebrands from Everywear Games