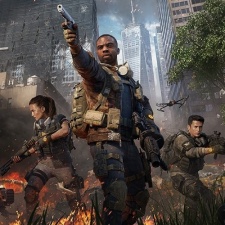 Ubisoft has revealed that a mobile version of Tom Clancy's The Division is now in development for the platform.

The studio unveiled the new title in a huge blog post detailing numerous new instalments that are set to arrive in The Division universe over the next few years.

While details were limited on the mobile release, the studio hopes to expand the franchise to a wider audience, building from the 40 million unique players it has gained since launched in March 2016.

This isn't the first Tom Clancy game to come to mobile.

In 2020 the French publisher launched a five-on-five battler under the name of Tom Clancy's Elite Squad.

Next to this, Tom Clancy's The Division Heartland was announced, a new free-to-play game from Red Storm studio.

It will arrive on console, PC and cloud devices sometime between 2021 and 2022.

Finally, an update was given on The Division movie (starring Jessica Chastain and Jake Gyllenhaal), which is currently in development with Netflix and Ubisoft Film & Television.

The big-screen adaption will take direct inspiration from the events of the original game and will be directed by Rawson Marshall Thurber, best known for Dodgeball: A True Underdog Story and Skyscraper.

Many big-name franchises have recently been making their way to mobile. Respawn's battle royale Apex Legends for one recently soft-launched in India and the Philippines.

Ubisoft Mobile technical production director Frédéric Peltier previously spoke to us about how A.I. is changing mobile games and the industry at large.