Restrictions will see those under 19 unable to access the game 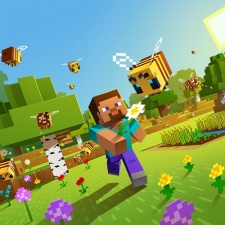 Minecraft players under 19 will no longer be allowed to access the title in South Korea, due to new login requirements by Microsoft.

As reported by Gamesindustry.biz, Microsoft has recently informed players that they must use an Xbox Live account to access the game. To work in accordance with the South Korean law Microsoft changed its policy to only allow Xbox Live accounts to be made by those 19 and over.

By logging in with a Mojang account, which does not require age verification, users have been able to sidestep this until now.

Since 2011 children in South Korea have been prohibited from playing video games between 12am and 6am, often known as the "shutdown law."

Although the game is recommended for those 12 and older by South Korea's Game Rating and Administration Committee, the new change will prevent under 19s from accessing the game at any time.

In response to the new restrictions, users have submitted an online petition to the office of the country’s president opposing the "shutdown law."

"[South] Korea's game market is at the risk of being the world's only place where Minecraft is labelled as an adult game," the petition reads.

At the time of writing the petition has gathered over 90,000 signatures.

In a similar move, Tencent has begun applying a facial recognition system to prevent under 18s accessing mobile games between 10pm and 8am.

Minecraft developers Mojang also recently confirmed that Minecraft Earth has been shut down citing the COVID-19 pandemic as cause for its closure.