Andreessen Horowitz leads the round 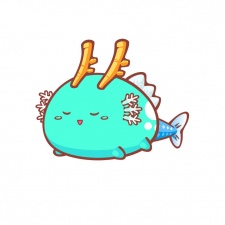 Blockchain game developer Sky Mavis has announced a $152 million Series B investment round.

It was led by Andreessen Horowitz (A16z) with participation from Paradigm, Accel, Seven Seven Six (Alexis Ohanian), FTX, Samsung Next, Fabric and other investors.

Sky Mavis closed a Series A back in May for $7.5 million.

Launched in 2018, its game Axie Infinity has experienced considerable growth in 2021, especially in the past couple of months.

Mainly accessed through sideloading an Android APK file, it now has 2 million DAUs, while over $2 billion of its NFTs have been traded.

The game itself – a monster-battling game inspired by Pokemon – uses its SLP cryptocurrency to reward its players and has become a significant income source for people living in countries like Brazil, Venezuela, the

Sky Mavis recently announced it would distribute more than $60 million worth of tokens to early adopters and launch staking capabilities, driving the price of its AXS governance token to an all-time high.