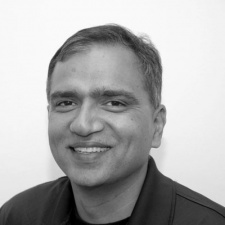 The NFG platform allows the "unbundling" of game pieces, such as game code, game events, and game art, meaning that each piece can be owned by different people. The games are later put back together through the cloud via "dynamic re-composition", and then delivered to the user.

Now.gg founder and CEO Rosen Sharma believes that the mobile metaverse is "inspired by Marvel" and that games today are "like movies".

The first example of a game created using the NFG platform is mobile sim game Heya, which queries people’s NFT wallets and allows the user to place the assets within a room to create a personalised digital space.

"Games today are like movies, what if you could interlink them with matter, avatars, space, and time," said Sharma.

"Matter being things like weapons in a game, avatars being the heroes, space are things like maps with portals like Dr. Strange can make, and time is the time of the gamer. This would be impossible to do today on a phone, but with the processing power of the mobile cloud and the dynamic compositing of games, this becomes possible.

Heya founder and CEO Yang Guo added: "NFG is a mind-blowing new platform. It will transform how games are developed in the future and how games interact with their player. It also gives existing mobile developers a path to Web 3.0 building on top of the existing business. This would not have been possible without the mobile cloud."

Earlier this month, Yahaha Games secured a $50 million investment to build a user-generated-content metaverse that doesn’t require the user to know how to code.