Available on iOS, Android and PC 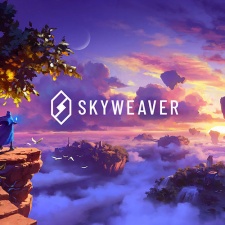 Horizon Blockchain Games has launched an open beta for its free-to-play cross-platform Web3 trading card game, Skyweaver, and is available to download on the App Store and Google Play.

In Skyweaver, players can compete to win NFT trading cards in either weekly ranked leaderboards or a competitive conquest game mode.

The game first soft launched on November 25 2021 and generated $1.8 million in player spending. According to Horizon Blockchain Games, Skyweaver has accumulated 233,000 app downloads ahead of it becoming publicly available.

"We’ve been crafting Skyweaver for the past four years, fine-tuning the mechanics and user experience to ensure everyone can enjoy – while maintaining the purity of Web3," said Horizon Blockchain Games co-founder and CEO Peter Kieltyka.

"We’re committed to providing millions of people with easy and secure access to Web3, where everyone can own, use and enjoy digital assets. We see Skyweaver as bridging the gap that currently exists between the Web2 and Web3 gaming communities, with all the potential that holds for mass-market adoption and growth of the Skyweaver ecosystem."

Last month, Netmarble revealed that 70 per cent of its upcoming games will feature blockchain tech, including Everybody's Marble: Metaworld and A3: Still Alive, the latter of which will be the company’s first play-to-earn title.