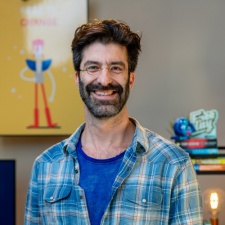 Mobile business platform Ironsource has reported its full-year and Q4 financials for the period ending December 31 2021.

For the full year the firm reported revenues increased by 67 per cent year-over-year to $553 million. Adjusted EBITDA totalled $194 million, a year-over-year increase of 87 per cent.

IronSource noted that 358 customers contributed over $100,000 of revenue, representing 95 per cent of Q4 revenue.

"We have worked hard to further cement our market leadership position in 2021, and are excited about the significant near- and long-term growth opportunities in our total ddressable market as we look at the years ahead," said IronSource co-founder and CEO Tomer Bar-Zeev.

"We will work to increase our penetration in apps beyond games as those publishers look to adopt the monetization and marketing playbook used by mobile games to boost profitability. We will also continue to enhance and expand the overall set of solutions we offer our customers, such as with our cross-channel marketing solution, to increase our share of wallet.

For its first quarter of 2022 the firm has predicted its revenue will sit between $180 million and $185 million.

Furthermore, IronSource has projected that its revenue for the 2022 fiscal year will be between $790 million and $820 million, representing a growth of 45 per cent.

Last week, IronSource launched its third Supersonic Superstars hypercasual game development contest which includes a first prize of $2 million for all developers that surpass eight million downloads on the US App Store by the end of the competition.