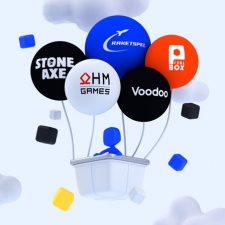 Voodoo has revealed that its worldwide Spring Game Competition will be starting March 3 this year.

With a focus on ideation methodology, the competition has been designed with the intent of maximising a studio’s chance of creating a hit game, whilst also optimising both time and resources.

In a prize new to this competition, five studios will take part to win two personal coaching sessions with a more experienced studio. They will also receive feedback on the prototypes they have made. The studios that will share their knowledge and experience with participants include Raketspel, OHM, Stone Axe, Pixel Box, and Voodoo Paris.

There will also be monetary prizes rewarding strong ideation, with the first prize being $1 million for games that accumulate more than five million downloads within four months of launch. The second prize, for any launched and confirmed game, is $200,000.

Voodoo will also give out a number of other prizes based upon other metrics, such as the highest-potential ideas and games with strong retention.

Kicking off with a live stream on March 3, studios will each have two weeks to submit their ideas for the competition. After review by the Voodoo Publishing team, selected studios will have a further two weeks to develop a prototype of their idea. Following another two weeks of testing, the winners will be announced from the middle of April onwards.

Last week, Voodoo revealed that it has now surpassed six billion downloads across its games and apps, making it one of the leading mobile games publishers by downloads worldwide.