A promise of "ethical" blockchain implementation on mobile and PC 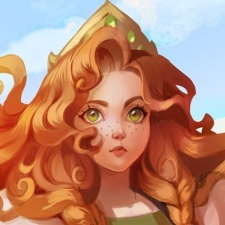 The Bahamas-based cryptocurrency exchange FTX has acquired Good Luck Games for an undisclosed amount, to integrate the company into its newly formed FTX Gaming.

It was announced last month that FTX was to launch a gaming unit in order to encourage the adoption of its cryptocurrency amongst game publishers, and now this acquisition has taken place during Good Luck Gaming’s development of Storybook Brawl, an upcoming card battle game.

Good Luck Games is based in Olympia, Washington and was founded in 2019. Veteran card game designers and former professional players lead the company.

The early access version of Storybook Brawl on Steam has shown the auto-battler to be a card-based game with characters having fairytale inspirations. Strategic gameplay will come from the wide assortment of cards, and with the acquisition by FTX, there is now the potential for in-game assets connecting to blockchain.

In addition to a PC release, Storybook Brawl is expected to be released on mobile devices this Summer.

While there has been a largely negative response to this acquisition on the game’s Steam page due to the NFT-related implications, Good Luck Games has stated that any blockchain integration "has to be ethical and make the game better for players".

"We're excited to explore what the intersection of NFTs, crypto, blockchain and gaming looks like. But we're even more excited to see where Storybook goes," tweeted FTX CEO and co-founder Sam Bankman-Fried.