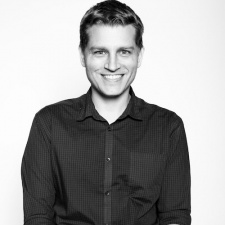 Soft launching a game can be a very long process and some games don’t ever make it to app stores at all.

Any new game launch on Google Play starts with a pre launch which is the phase that happens before the global launch. This is the time to test and optimise your game.

"Developers are testing earlier and for a longer time and they are focusing on the long term metrics. Before, developers used to focus on early retention and monetisation and going straight to launch. Now they are taking their time, thinking, and making sure that they don’t make any mistakes."

Games are also being tested more broadly from the market standpoint, such as countries, and also for the devices, as Android spans across many devices.

Furthermore, games are being externally tested for a longer duration. From what was traditionally between a two to three month testing period has now increased to five to seven months. This can be seen from games such as Everdale from Supercell, which has been in soft launch since it launched last August.

Levy walked through the pre-launch process on Google Play and explained how it moves gradually from one phase to another, each with different capabilities.

Levy noted that developers often leave this phase too early and this can lead games receiving premature poor reviews as some issues, such as bugs, have not yet been addressed but the game is available to review. He stated that poor reviews are a signal to Google Play that it is a "low quality game" and this will cause "some organic issues".

Levy has stated that although effective this stage can also be risky. For example, you could get "stuck" with thousands of users that aren’t happy with the game and cause low reviews and ratings. Levy suggests that developers need to be "extremely ready and sure" that the game is the "one that you are expecting" it to be.

You can check out some of our most anticipated mobile games currently in soft launch here, such as Everdale, Tomb Raider Reloaded, Apex Legends, and more.