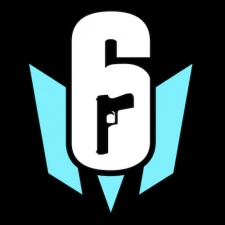 The development team for Rainbow Six Mobile shares an office with the Siege team in Montreal, however, it is an independent team formed to focus specifically on the upcoming mobile title.

Despite the similarities with the console and PC version of the game, Ubisoft stated that Rainbow Six Mobile has been built "from the ground up" with a focus on "mobile usability".

Development for Rainbow Six Mobile started over three years ago and the studio has stated that it will begin live tests within the coming weeks, with the game expected to launch later this year.

Although the Tom Clancy series has had long-term success on consoles and PC, especially with 2015’s Siege, Ubisoft has not had the same success on mobile devices with the series. Last year, the publisher removed Tom Clancy’s Elite Squad from the App Store and Google Play only 14 months after it was first launched.

Ubisoft transitioning Siege to mobile follows the ongoing trend of shooter titles, such as Call of Duty, Fortnite, and PUBG, being brought to mobile devices.

The mobile market has proved lucrative for the first-person shooter genre, especially battle royale games. For example, PUBG Mobile has surpassed over $7 billion in lifetime revenue, according to Sensor Tower.

Transitioning Siege to mobile significantly broadens the audience available, particularly in emerging markets where ownership of consoles and PCs is not as common, which has in turn led to mobile being the most popular gaming platform. As Siege is already a well established and popular IP, it is more likely to quickly capture an audience than the previous Tom Clancy mobile game.

Ubisoft to educate players on environmental matters through in-game activities