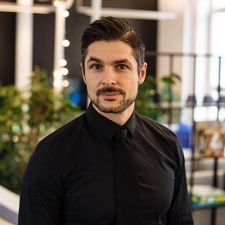 Cloud-based platform coherence has revealed that it has raised $8 million in further funding.

The funding round was led by Griffin Gaming Partners and featured participation from a "strong group" of additional investors.

Coherence was founded by former Playdead CEO and co-founder Dino Patti in 2018 and the exec team includes games industry alumni from the likes of Supercell, Radical Entertainment, DeNA, and more.

The firm has stated that the funding will be used to support the team as it scales its team as it begins to start to roll out its tech.

Tapping into the untapped potential

"There are so many hurdles when it comes to making multiplayer games that can effectively shut down the creative process early on in a game’s development. With coherence, we want to break those barriers, and this latest round of funding is going to help us fulfil that mission."

Griffin Gaming Partners partner Anthony Palma added: "As a former game developer, I know the challenges Dino and his team are addressing for creators firsthand. We are excited to see them empower more game makers to build scalable and complex multiplayer experiences with coherence."

In other funding news, Epic Games has recently received a $2 billion investment from Sony and Lego, each investing $1 billion each to fund the company’s metaverse projects.