Moonlighter delisted from App Store and Google Play in February 2022 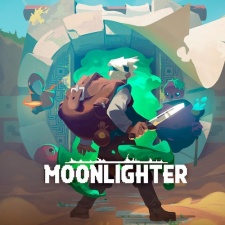 Netflix has entered a partnership with 11 bit studios to bring the action RPG Moonlighter to its mobile games roster.

Developed by Digital Sun, Moonlighter was originally launched on PC and consoles in 2018 before later coming to mobile devices in 2020.

However, Reddit users noticed that the game had been removed from the App Store and Google Play in February 2022.

11 bit studios responded to the Reddit post to confirm the removal of the game from app stores and explained that at the time the company was working on a "different distribution mode", which we now know is via Netflix.

The publisher later stated that those that have previously purchased the game on mobile devices will still have access to it, despite its removal from app stores.

From casual to core

As Netflix has recently reported a fall in subscribers, the move to bring premium games such as Moonlighter into its games service can be seen as an increased effort to offer subscribers more for their money over other subscription services.

Although no official date has been confirmed for when the game will join the service, 11 bit studios has said that it is "coming soon". As the game has already been optimised for and previously released on mobile devices, it is likely that the release will be in the next few months.

Netflix has been stepping up its activity in the games space with its recent acquisitions of Boss Fight Entertainment and Next Games, as well as a partnership to launch a new mobile version of the popular card game Exploding Kittens that will tie in with a new animated series.

Although the service doesn’t yet rival other mobile game subscription services in terms of volume, such as Apple Arcade with over 240 titles, Netflix games come at no additional cost to subscribers.