Lord of the Rings: Heroes of Middle-earth is latest title in EA’s push to expand mobile portfolio 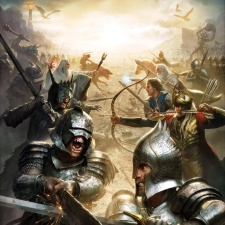 Electronic Arts has announced a partnership with Middle-earth Enterprises on the development of forthcoming F2P mobile game, Lord of the Rings: Heroes of Middle-earth.

EA has explicitly stated that Heroes of Middle-earth, described as a semi-competitive collectible RPG, is part of the company’s efforts to bolster its mobile operations and live service games.

Heroes of Middle-earth will be developed by EA mobile subsidiary, Capital Games, developers of Star Wars Galaxy of Heroes.

One game to rule them all

Although EA has long established its credentials producing games within the Lord of the Rings franchise, efforts have been limited to console and PC titles. The two most popular Lord of the Rings mobile games – LotR: War and Journeys in Middle-earth – have been developed by NetEase and Fantasy Flight Games respectively.

Malachi Boyle, vice president of mobile RPG for Electronic Arts, stated: “We are incredibly excited to partner with The Saul Zaentz Company and Middle-earth Enterprises on the next generation of mobile role-playing games. The team is filled with fans of The Lord of the Rings and The Hobbit and each day they bring their tremendous passion and talents together to deliver an authentic experience for players.”

Fredrica Drotos, chief brand & licensing officer for Middle-earth Enterprises, added: “We are thrilled to be working with EA once again, this time to bring a mobile game solely inspired by Middle-earth as described in the literary works of J.R.R. Tolkien to its fans. It’s an honour to work with the talented Capital Games team whose knowledge and love of the lore is palpable throughout.”

Electronic Arts recently celebrated a spike in its mobile earnings in Q4 2021, with a 78 per cent jump to $277 million.