Developer tools to convert mobile Web 2.0 games into Web3 games and meet the store rules of Google and Apple 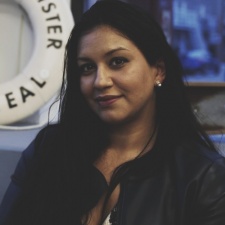 With the ambition of democratising Web3 game development access, Ready Games has launched a new ecosystem with a token named $AURA and turnkey developer tools.

The purpose of the tools is to convert mobile Web 2.0 games into Web3 games to meet the store rules of Google and Apple, in addition to minimising the time required to achieve this.

Speaking with Gamesbeat, Christina Macedo, chief operating officer of Ready Games, said: “There is a misconception a lot of people have. And this is the piece worth noting.

"The app store rules for both Google and Apple have two rules that actually really matter for [developers] to be in compliance and they actually don’t have anything to do with the blockchain. They have to do with just making sure they get paid.”

The company used its 2019 funding to expand its team and it is now able to offer a suite of live operations for games on-chain. Ready Games is also enabling artists to create and upload styles for trade within its games, and for purchase using in-game coins.

"It’s incredibly challenging to take the complexities of Web3 and make them easily accessible for game publishers: from live operations to loyalty programs and new economic models. We’re excited to see what comes next as we build this collective ecosystem together!" said Ready Games CEO David Bennahum.

Hashed co-founder and partner Ethan Kim said: "We are excited to partner with Ready in building the leading Web3 mobile gaming and user-generated content ecosystem. Along with Ready’s ability to seamlessly onboard a wide spectrum of games and content, their in-depth understanding of developers, creator communities and players will accelerate mass adoption of blockchain-based gaming."

Esports-themed mobile games developer Legendary Play has recently announced that it has secured $4 million from a Series A funding round co-led by Bitkraft Ventures.