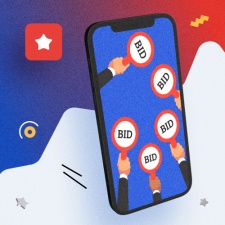 Appodeal Stack integrated Audience Network into its in-app bidding platform, BidMachine, during the alpha phase in 2021. Shortly after, it was moved forward to a closed beta, expanding its functionalities and reaching more creators with outstanding results.

By integrating Meta's ad network, app creators can start receiving high-quality ads that will compete with other networks to boost their effective cost per thousand impressions (eCPM) and average revenue per user (ARPU).

"From the very beginning, we have been on a mission to empower creators to build and scale successful mobile app businesses," says Valerie Alfimova, Chief Revenue Officer at Appodeal Stack. "Now, mobile app creators using Appodeal Stack’s growth platform will be able to monetise their apps with Meta Audience Network through BidMachine. This is a major step forward towards a more transparent and fair in-app ad tech industry."

Appodeal Stack is a pioneer in the in-app bidding space. After the release of BidMachine, its proprietary in-app bidding technology, in 2019, the company has opened the doors for thousands of app creators and developers to utilise this monetisation model.

Appodeal, with in-app bidding, is democratising the auction process by allowing creators and publishers to work with more agents, marketers, and ad networks. Both publishers and advertisers win as this model makes the ad buying process more transparent.

Appodeal Stack introduces a new round of its Accelerator Program