Partnering for 12 months of co-development 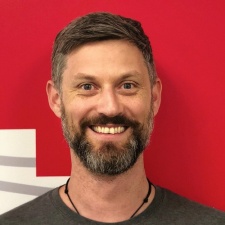 The indie games firm Mighty Kingdom has announced the signing of an agreement with mobile games studio and publisher Lion Studios to co-develop a new title.

Based in California, Lion Studios will be working with Mighty Kingdom for the next 12 months to develop a game in continuation of the latter’s goal to develop strong relations with global brands.

As Mighty Kingdom seeks to secure contracts with established studios, the company hopes this partnership will provide steady, long-term revenue that can be reinvested into its original IP pipeline. Early this year, the firm partnered with East Side Games to co-develop four other mobile games.

"We’re incredibly excited to be taking on this new partnership with Lion Studios. I have always been impressed by the quality and performance of their portfolio of top 10 games," commented Mighty Kingdom CEO and managing director Philip Mayes.

"Lion brings a wealth of experience and a track record of success in mobile gaming, and combined with our proven capability in narrative game development, makes for a compelling opportunity for both companies."

At GDC in March, Amy Choi, director of product at Lion Studios, discussed the company's transition from hypercasual games to casual merge games and the fundamental lessons learned.