Player base split on engagement with in-game ads, motivation to start mobile titles, and NFT-based games of little interest 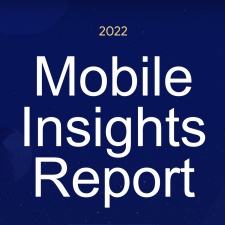 The first of Google’s Mobile Insights Report 2022, a four-part series, aims to support games developers with a range of reports to help identify player behaviour and how it can inform game design.

The report includes data from countries within APAC, EMEA, North America, and Brazil and Mexico from 23,364 respondents that primarily play games on their mobile devices.

Why do mobile players start games?

Among the core motivations for playing mobile games, “feel bored” was acknowledged by 56 per cent of respondents, closely followed by “have spare time” and “need to relax”, at 53 per cent each.

This correlates with the growth of genres such as hypercasual, which are aptly positioned to provide immediate, quick-fire satisfaction.

Although mobile gamers are increasingly drawn to cross-play titles such as Genshin Impact, “have a standard time to play with friends” was the entry with the lowest response, at 21 per cent, with “in the mood for competition” performing a little more successfully at 27 per cent.

This aligns with the diversity of means by which people discover mobile games, but app store highlighting remains the most popular means, at 37 per cent.

Around 34 per cent of mobile players discover new titles through in-game ads, but there is some dispute as to whether the mobile player base is willing to engage with ads.

The effect of in-game ads

Overall, more players were satisfied to engage with in-game ads in a positive fashion – 40 per cent – than negative – 25 per cent – but with 35 per cent of players stating they have “no effect”, the security of how in-game ads reach audiences remains malleable.

What is the future for NFT-based games?

Good news for advocates of the amorphous metaverse – it is by far the future gaming trend Google’s respondents are most keen to engage with (39 per cent), followed by virtual reality (30 per cent).

Tellingly, only 16 per cent of respondents have any intention of engaging with NFT-based games – a marginal decline from the current number of respondents who are current playing NFT games (19 per cent).

With the mobile games sector expected to comprise 60 per cent of the overall games industry by the close of 2022, developers are minded to explore the trends that players are currently enthusiastly following.