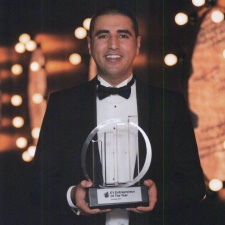 Tamatem Games has announced its investment by and strategic partnership with MSA Novo, marking the Jordan-based publisher’s entry into China.

Partnering with Chinese developers to bring "top-tier" mobile games to the Arabic-speaking market is one of a stated goals at Tamatem.

As a markets investment franchise of MSA Capital, MSA Novo is a venture capital fund led by veteran technology investors and operators with a portfolio of more than 35 companies across the Middle East and Sub-Saharan Africa.

MSA has invested in companies across Greater China, the United States, and Europe with more than $2 billion in assets, and its investment in Tamatem will support the company’s plans to expand its employee base and grow its Chinese presence.

"Emerging markets are witnessing the explosive growth of mobile gaming, just as we experienced in China. Tamatem has positioned itself as the leading development and distribution platform for gaming in the Middle East, a region with some of the most compelling user characteristics globally, notably average revenue per user and daily time spend online," said MSA Novo managing partner Ben Harburg.

"We will work with Tamatem to forge strategic partnerships with gaming majors to accelerate the company’s development work, as well as attract top franchises to the region for localisation and optimisation."

Tamatem Games CEO and founder Hussam Hammo said: "We are very happy to partner with MSA Novo. This partnership is a great testament to the massive potential of the MENA mobile games market."