Meta, Microsoft, and other tech giants have formed a group to foster compatibility in the metaverse, so far without the presence of Apple, Roblox, and others 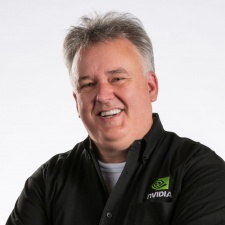 Meta, Microsoft, and other tech giants working in the meta space have formed a group to foster compatibility in the metaverse.

The Metaverse Standards Forum is hosted by the Khronos Group, and includes many of the biggest names in the gaming industry, such as Epic Games and Sony Interactive Entertainment, as well as established groups such as the World Wide Web Consortium. However, there were some notable omissions from the list, including The Sandbox, Niantic, and Roblox.

No Apple in here

One conspicuously absent name from the list is Apple, which Reuters reported is expected to become a dominant player in the metaverse with the rumoured release of its mixed reality headset sometime before 2024. Apple refused to comment when approached about the newly-created forum.

The rumoured headset is expected to put Apple in direct competition with Meta, which will be releasing their own mixed-reality headset, Cambria, later this year.

Apple not being a part of the forum is particularly notable as the company has historically been heavily involved with creating web standards, and has worked with Pixar on the “USDZ” file format and with Adobe to ensure it supported the format.

“The metaverse will bring together diverse technologies, requiring a constellation of interoperability standards, created and maintained by many standards organizations,” said Neil Trevett, Khronos Group president and executive at Nvidia.

“The Metaverse Standards Forum is a unique venue for coordination between standards organizations and industry, with a mission to foster the pragmatic and timely standardization that will be essential to an open and inclusive metaverse.”

The forum is open for any company to join, and more information on joining can be found here. Most recently,  a McKinsey & Company report predicted as much as $5 trillion in metaverse earnings by 2030, although this has been met with some scepticism in the industry.

Microsoft is shutting down Mixer and partnering with Facebook Gaming