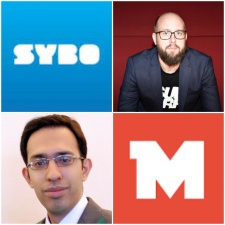 Today in M&A news, European mobile developer Miniclip has agreed to buy Sybo, the firm behind mobile hit Subway Surfers. First reported by GamesBeat, the exact size of the acquisition has not yet been revealed – both companies are private – but this confirms Miniclip’s already huge stature in the market.

It was barely two months ago that PocketGamer.biz awarded Sybo the Best Live Ops gong at the Mobile Games Awards 2022, in recognition of the ongoing success of Subway Surfers. Subway Surfers hit the Apple Store in 2012 and it remains the most downloaded mobile game ever with downloads numbering in the billions and active users in the region of 30 million a day. Sybo is based in Denmark.

Describing it as “monumental” and “the biggest deal in European mobile games this year”, CEO Mathias Gredal Nørvig told GamesBeat: “The founders have been really proud of what they managed to accomplish with Subway Surfers becoming the largest game… With the consolidation happening in the market, and all the increased user acquisition budgets, all the things happening around us, they wanted to explore what that it could mean if we could find the right fit or the right home for Sybo going forward. What’s really important for us is finding a partner who saw where we wanted to go and could enable our journey there.”

Last year Gredal Nørvig took part in a leadership panel at our partner event Beyond Games and you can watch that here:

Meanwhile, Switzerland-based Miniclip is famous for games like 8 Ball Pool and Agar.io. Once celebrated for its web content, it has committed to mobile in recent years. It employs some 910 people compared to Sybo’s 140 staff. In 2015, Chinese giant Tencent made a majority investment in Miniclip, which has gone on to acquire several companies over the last couple of years, including Green Horse Games.

A jewel of the mobile industry

New Miniclip CEO Saad Choudri, also a former speaker at our Pocket Gamer Connects conferences, told GamesBeat: “Sybo is one of the jewels of the mobile gaming industry in terms of an IP generated from a mobile-first game. There are just a handful of those, like Angry Birds, and as a single game we know Subway Surfers is the biggest.”

Bookmark our Deals section for more on this as we have it and for information on recent M&A news.