Supercell increases its stake to 75% 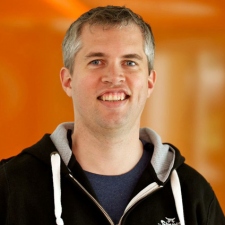 “The faith and respect that Supercell has shown us over the years has been awesome,” said Space Ape Games founder and CEO John Earner.

“They have truly supported us in chasing our ambitions in a way that has allowed us to flourish, and this renewed investment will set the stage for a new era at Space Ape; in many ways we are still at the beginning of a greater journey.”

Space Ape Games has seen massive success with their game Beatstar, which has surpassed $60 million in revenue and reached the number one spot in 24. Additionally, at the 2022 Mobile Game Awards, the game took home the prize for Game of the Year.

In addition to this investment, Supercell has extended a $50 million line of credit to Space Age Games, bringing their total debt and equity investment in the country to $189 million.

“We couldn’t be more impressed with Space Ape’s team, their culture and their ability to make innovative and incredibly fun games like Beatstar,” said Supercell Investment Lead Jaakko Harlas.

June saw a first for both the mobile gaming and music industries, Shakira, Black Eyed Peas, and David Guetta released their new single on Beatstar two days prior to general release.