The band will debut their new track at the event 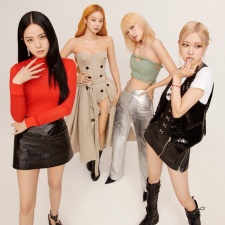 In what PUBG Mobile is calling its most ambitious partnership to date, K-pop band PLACKPINK will be holding the platform’s first in-game concert.

The concert will launch as part of Version 2.1 of the title. Titled The Virtual, the concert will be held on July 22-23 and July 29-30 in North and South America, and July 23-24 and July 30-31 across the rest of the world. At the concert, the band will also debut their new track and the accompanying music video.

PUBG Mobile previously collaborated with BLACKPINK to celebrate the release of their record THE ALBUM, and are hoping to take their partnership to the next level with the upcoming event.

The rise of virtual concerts

In-game concerts have long been popularised in games, particular in metaverse-defining enviromments such as Fortnite and Roblox. However, it is somewhat more unusual for musicians to premiere tracks – recently, the Black Eyed Peas pre-released their latest single through Space Ape Games' Beatstar.

"PUBG Mobile is honored to be partnering with BLACKPINK again as we continue to deepen the connection between their amazing music and our game. Our first ever in-game concert is set to be a groundbreaking event, expanding the ever-evolving world of PUBG Mobile and setting the stage for a BLACKPINK comeback that will be remembered for years to come," said PUBG Mobile Head of Publishing at Tencent Games Vincent Wang.

Although the in-game concert is a first for PUBG MOBILE, virtual concerts first began in 2006, when Duran Duran held a concert in Second Life. 2017 saw the launch of TheWaveVR, a dedicated platform for virtual concerts, which hosted performances by artists such as Imogen Heap. The service shut down in 2021.

However, since the COVID-19 pandemic made holding traditional concerts impossible, virtual concerts grew in popularity, with artists such as Diplo, BTS, and Ariana Grande holding concerts on Fortnite.