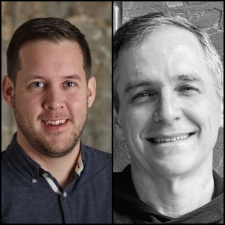 Unity has faced frustration from its users in regard to which direction the company is going and where this leaves game developers.

The cross-platform game engine has recently announced that prices for their Unity Pro, Enterprise and Industrial Collection subscription services will be increasing in price.

Some of the details surrounding this caused confusion amongst customers as the reasoning behind these price increases seemed unclear, and the information regarding what was included with each subscription service was vague.

Other moves the company has been making lately, such as certain acquisitions, have left some customers feeling like Unity is turning its head more towards advertisement revenue, and news of the possible IronSource merger has those that use its platform feeling on uncertain ground.

Unity senior vice presidents Ralph Hauwert and Marc Whitten spoke on these concerns recently and wanted to clear some of the confusion. Whitten commented "We weren't talking enough, and we weren't being clear enough with where we were going with gaming" going on to then say that the feedback they have received has been heard and they wished to make it clear that gaming is at the centre of what they do.

During the conversation, reasoning for the new Unity subscription pricing was made clearer with the pair stating that this is the first price increase in three years and since then Unity has improved its technologies on the platform which is reflected in the pricing.

Hauwert expressed understanding toward some of the frustrations saying "Sometimes we're so busy building our product that we forget to talk more about what we're doing for the game development community,"

Details about what is included in each subscription are now more clear with customers who have Unity Pro having access to Unity Mars and Havok Physics. Enterprise customers will get extended access to Unity's long-term support program and those with at least 20 seats on their plan will have access to a Partner Relations Manager.

Unity stands as one of the biggest platforms for game developers so having some clarity on the options available to them is a first step in the right direction. AppLovin has recently decided against another acquisition bid of Unity but the merger with IronSource now has a date set for the stockholder's vote.