Logitech will launch the new device on October the 18th 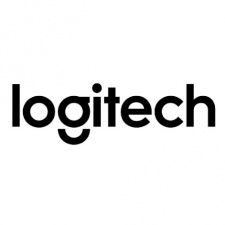 The handheld gaming world is gaining a new addition with the upcoming release of Logitech's dedicated cloud gaming device.

The G Cloud device as stated in its name will have a focus on cloud gaming. Logitech collaborated with Tencent to build the device and worked with Microsoft and NIVIDIA to ensure there's native support for Xbox Cloud Gaming with access to the GamePass catalogue and GeForce Now.

Logitech's G Cloud will be running on Android 11 and comes with the Google Play Store pre-installed for local play and video streaming apps. Other services should be available for download too since it will be  running on Android such as Google Stadia. Although native gaming may not be the devices strongest suit since the focus is on the cloud.

Powering the Logitech G Cloud is a Snapdragon 720G with the device offering 4GB of Ram and 64GB storage which may limit some games you can play but microSD cards are compatible to expand the storage.

Logitech boasts that the battery will run for up to 12 hours on a single charge and when the power is off it should be fully recharged in around 2.5 hours through a USB-C cable.

The screen is a seven-inch multi-touch display (450 nits peak brightness) that supports 1080p at up to 60 frames per second.

Controls feature everything you would expect such as a D-pad, face buttons, dual thumbsticks, bumpers, and triggers. On top of that the device offers haptic feedback, gyroscope controls, and remappable buttons. There is also the options button, a G button, and a Home button.

It also features a 3.5mm headphone jack, Bluetooth, stereo speakers and weighs In at 463 grams.

Bringing the cloud to you

Vice president and general manager of Logitech gaming made a statement on the new device saying “What we wanted to do was challenge ourselves to build a device that was perfectly optimized for cloud gaming. This meant precision controls similar to a high-end Xbox controller. A large HD screen, amazing battery life, and lightweight design so players can enjoy long gaming sessions, without any compromises.”

The Logitech G Cloud will arrive first in the US and Canada on October 18th and retails for $349 but for those who pre-order it will be $299.

A recent Asia-focused report touched on the future trends of gaming and how cloud gaming specifically could reach huge heights in the future. Tencent who worked with Logitech on the device made our top 50 game makers list this year.