Their latest 2022 report on Brazilian gamers brings interesting insights into the popularity of viewing gaming content. 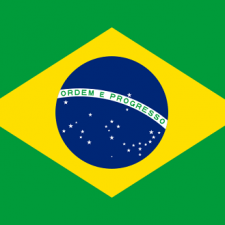 Newzoo, the market insight group specialising in games, released a new report recently looking into the Brazilian market of gamers. Standing at #5 in the world with a reported $2.7bn in revenue according to their report, Newzoo offered some key insights into how Brazilian gamers engage with content, and particular viewing games.

Newzoo cited polling of around 2,036 respondents in developed, residential areas that indicated 80% of gamers classify themselves as ‘gaming enthusiasts’. With 55% devoting time to viewing games being played or other content that falls into this classification.

However, what would be a key takeaway for the mobile gaming industry is Newzoo’s indication that 60% of respondents engaged with mobile gaming content out of those polled. With 30% engaging with consoles and 31% with PC. Naturally, this equates to overlap, however the majority of players seem to interact with mobile gaming to enough of an extent that they included it in their response.

Console and PC retained greater average playtime however, each exceeding 5hrs weekly average, whilst mobile gaming was slightly lower at 4hrs and 41 mins. It’s possibly an indication, as the polling would suggest, that both console and PC players engage with mobile gaming at other times of the day when not using other platforms. Newzoo notes that 20% of their ‘Gaming Persona Distribution’ fall into what they call the ‘Time Filler’ category, that play games to pass the time, which has often been a prominent appeal of the mobile market.

It should naturally be noted that respondents are mainly from urban areas, where access to the internet is much higher than rural areas. However, we’ve previously reported on the sharp growth of the Brazilian games industry back in 2019, so it would certainly follow that overall engagement is on the rise.

Spending is also a prominent activity by gamers in Brazil. According to Newzoo’s report, 43% of players spent money in one way or another on gaming (subscripts, one-time-purchases etc.). The two top reasons being to, “Unlock extra / exclusive playable content,” and to, “Personalise characters or things built in-game.” Given console games require subscriptions for online services, and the entire top 10 list for games played in Brazil consists of multiplayer games (Call of Duty, Valorant, League of Legends, Roblox, Minecraft etc.) it’s also safe to observe not all of this spending is on in-game transactions.

However, with Brazil's population reportedly spending more time than anywhere else in the world using smartphones, the market potential for mobile gaming is obvious. The only question is when, not if someone will capitalise on it.