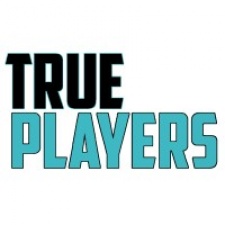 Mobile game development studio TruePlayers has secured a £225,000 investment from the Cornwall & Isles of Scilly Investment Fund (CIOSIF). This was part of a £475,000 funding round led by CIOSIF fund manager, the FSE Group.

TruePlayers’ focus is on creating mobile-first titles that embody the essence of successful PC and console experiences, and translating that to mobile games. The investment money will be used to grow the team at TruePlayers by creating 24 new jobs across the next three years within the technology development and sales departments. The games created by the studio will be played in portrait mode, aiming toward the more casual gamer.

Adrian Ruiz Langan, CEO and lead design at TruePlayers, commented on the funding and how it will be used to create new mobile titles; “To create a fantastic gaming experience we take the core mechanics from hugely popular PC and console titles and create ‘mobile first’ titles which appeal to a broad casual audience. To enable us to achieve this we will establish a highly skilled and specialist team who can support and complement our existing skills to produce innovative new games. The funding that The FSE Group has helped us secure will be used to build this expert team and we cannot wait to get stuck in and start releasing titles next year.”

Ralph Singleton, head of funds Cornwall at The FSE Group, also spoke on the future for TruePlayers saying “Founders Adrian and Rob have a great deal of experience in industries including games marketing, programming and self-publishing mobile titles. Between the two of them, several games they have produced hit over a million downloads and they have built profitable divisions within existing larger companies.” Singleton went on to say “Trueplayers is already gathering significant support in the sector and the pair have the niche skills and business sense to grow the company into a highly successful gaming studio. UnderKnight has already received hugely positive feedback from early gamers and we look forward to celebrating the official release next summer.”

TruePlayers title UnderKnight: One Thumb Warrior is currently in early access, with further game releases planned over the coming years. UnderKnight was the unanimous winner back in 2020's Big Indie Pitch.