Dentsu examines how the gaming community engages with the industry

A new study breaks down the rise of gaming culture 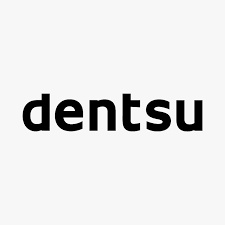 A new report by Dentsu breaks down the demographics of the gaming community, and how each demographic engages with games.

The study finds that gaming has become increasingly prevalent over the past two years. Across the studied markets, an average of 34 percent of gamers play daily, whilst 46 percent play weekly.

The study breaks players down into specific gaming archetypes to better identify the target market of different genres and devices.

Only two archetypes are specifically mentioned as using smartphones: those who play during their downtime, who make up 30 percent of players, and those who play games for relaxation, making up 16 percent.

Both archetypes tend to be older compared to other demographics, with those playing for downtime tending to be 50-59 and those playing for relaxation often being 40-49. The majority of both demographics are female, at 63 percent and 56 percent respectively. Interestingly, gamers in both groups are also less likely to spend money on in-game extras, at a respective 14 and 12 percent, suggesting that the bulk of consumer spend comes from other demographics.

The report also highlights the growing inclusion within gaming, and where the industry still has room to improve. According to the International Game Developers Association (IDGA) 61 percent of developers are male, compared to 30 percent female and 8 percent gender non-conforming. In terms of race, 67 percent of developers identify as white, Caucasian, or European, compared to just 4 percent who identify as Black, African American, African, or Afro-Caribbean.

No information is provided on the LGBTQ+ community, although it appears that while gaming as a hobby is enjoyed by people across demographics, this diversity isn’t properly represented among developers.

The report further highlights the growing role that gaming has on global culture. Due to the cancellation of sporting events during the pandemic, esports became an increasingly popular form of entertainment, with League of Legends alone being watched for over 660 million hours in 2021, and even with the easing of lockdown restrictions worldwide the report states that “esports is set to further assert its influence over the sports culture.”

Every month, Pocketgamer.biz and Stream Hatchet break down the esports and streaming stats for the month.

Dentsu examines the place of brands in the gaming economy