The Turkish studio which produces games on iOS, Android and Google Play has secured $1.75m in investment from a Turkish firm. 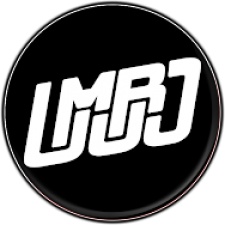 According to reports from both Mobidictum and a translated article from Turkish site DigitalTalks, a Turkish video game developer known as Umuro has attained a significant investment from investment firm Keiretsu Forum Turkiye. The investment is to the tune of 32m Turkish Lira (approximately $1.7m), a significant amount that according to the DigitalTalks article will facilitate the development of blockchain and NFT games.

Umuro not only produces more generic titles such as Kart Racing Online and Umuro Racer, but also games with a prominently ‘Turkish’ feel. One of these games is Nasreddin Runner, in the vein of other games such as Subway Surfers and Temple Run, however this game is based around the Muslim folk-hero Nasreddin Hodja. Umuro also develop games based on prominent Turkish historical figures such as Osman Gazi and Ertrugrul Gazi, both significant figures in military and political history in the region.

The 32m Lira investment, if true, would be a significant amount for an unapologetically Turkish studio, as well as a mark of confidence from a prominent Turkish investment firm. The move to blockchain and NFT, if verified, would be more a bold move. However, Turkey has embraced cryptocurrency to quite an extent, with many embracing the technology due to lack of faith in traditional financial institutions.

Although significant, this is not nearly the largest investment seen into the burgeoning mobile games industry in Turkiye. With Cypher Games earlier this year receiving $3.2m to expand their team and open new offices in Berlin. All of these investments represent a growing confidence that putting money into the Turkish market will pay off in the long run. In the face of growing inflation within Turkiye, it may indeed be a good sign that at least one industry is growing.

The broader tech sector may indeed prove to be a boon to Turkey’s economy. With companies such as Google opening their doors and providing training to students in the development of mobile applications. Official endorsement by the government of Turkiye indicates that they agree.