Although the recently announced Finland and Saudi-Arabia trade deal mainly covers more fundamental aspects such as travel and freight, it marks closer relations that could increase other economic interaction 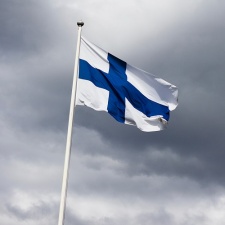 Late last week it was announced that Finland and Saudi-Arabia will be forming a new bilateral trading organisation to boost trading relations between the countries. According to news outlets this relationship is currently valued at around $510m, facilitating easier air travel and freight between the countries. But, for us, it’s an interesting time to note that while Saudi-Arabia has been attempting to diversify its economy with gaming, it's now growing much closer to Finland, the spiritual home of mobile gaming.

Although the trading relations are, of course, part of a much bigger picture it’s important to remember that this sort of business council doesn’t need to make direct decisions to impact upon the mobile gaming industry. The increased assuredness and stability of cooperation between the two countries is enough to open the way for businesses to work more closely together.

Also of note is that the Arab News article points out that there will be other sectors focused on such as, “...technology, digitalization, energy, circular economy, mining, transport and logistics services, health care and water.” Digitalization is perhaps most pertinent, as that would cover not only media as a whole, but point more prominently to digitalization in the form of mobile adoption and especially gaming.

Studies indicate the majority of Saudi-Arabians are gamers, and thus there is a waiting and already engaged market for mobile gamers. Known to be high-spenders, the affluent gaming audience of Saudi-Arabia has an ARPU (average revenue per-paying user) of $270. For context China has an ARPU of only $32. It’s no surprise then that the increased trade relations between the countries would naturally extend to mobile in future.

With businesses such as the Savvy Games Group looking to snatch up existing publishers, the obvious intention to follow the Saudi government’s “Vision 2030” initiative is through essentially throwing money at the problem. However, by working more closely with the home of mobile gaming, we could be seeing homegrown studios popping up more often as expertise necessary to incubate them is able to move more easily between countries.

It goes without saying that the Nordic regions, particularly Finland, are known as the home of mobile gaming. With Clash of Clans creator Supercell being one of the highest grossing developers in the mobile gaming space. Given that Supercell has a majority shareholder in the form of Tencent, as we note on our 10 biggest video game acquisitions of all time list, we’d be unlikely to see any acquisition attempts by Saudi businesses, but collaboration is certainly not off the cards.