A mere 1.87% of venture capital is allocated to minority-owned startups, Diversity VC finds 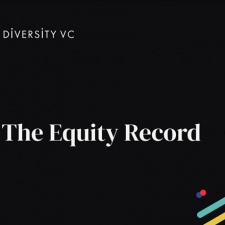 The Equity Record, a recent diversity report conducted by Diversity VC, found that a mere 1.87 percent of 213 venture capital was allocated to diversity, equity and inclusion (DEI) investments. The survey was carried out over the period of 28 June 2022 to 20 September 2022, analysing allocation of capital with Penn State.

The criterion by which Diversity VC determined this 1.87 percent value was based upon which startups that had received venture capital funds also had leaders from diverse backgrounds. This 1.87 percent equated to $582 million in DEI investments from a total of $31.6 billion.

"These findings are simply the starting point for conversation and action around how to facilitate greater diversity, equity, and inclusion in VC."

Entertainment studio and mobile game creator Muus Collective raised $5 million in a Seed Round last month to increase diversity in gaming and fashion.

The full Equity Record includes further insight into the data regarding minorities within venture capital.