SKAdNetwork is what advertisers on the iOS platform rely to study analytics, and the 4.0 version contains some key differences to understand 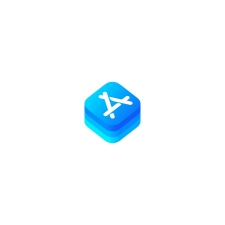 The SKAdNetwork (Storekit Ad Network) is an official interface on iOS created by Apple that is used by advertisers, publishers and developers to understand analytics. For mobile game developers and studios, no matter their level, SKAdNetwork is important because of how it visualises normally opaque analytics that will affect monetization of games. Apple’s changes to their user privacy aspects back in 2021 made a major change to how analytics are understood and viewed, so utilising their tools is one of the few ways now to access data like would have previously been available.

With the latest release of the 4.0 version, this is also a unique moment in the kit’s lifespan, as it was released with major changes and without a beta. Like most of Apple’s current developer toolkits, it prioritises user privacy, and thus there’s a lot of changes that need to be understood in order for developers to know how this will affect them. This includes new information about conversions, earlier access to app analytics and more. Below, we’re going to break down some of these changes that may make using the SKAdNetwork toolkit a little easier to understand.

But what does it MEAN?

One major addition is ‘Crowd Anonymity’, which essentially means revealing more information as an app’s user base grows larger, helping to preserve user anonymity, theoretically, by routing them amongst similar users. Fortunately, to help understand these changes, a number of sites have broken them down into more comprehensible forms. Amongst these being Tenjin, an analytics specialist that broke down many of the SKAdNetwork changes.

Another new addition connected to crowd anonymity is an element called ‘Coarse-grained values’, as the name suggests these are much rougher estimations and analytics that are available very early in an app’s lifespan. “Before SKAdNetwork 4.0, apps had to wait to get into tier 2 to get any kind of information about their installs. But now with coarse-grained conversion values, apps can get some information about their installs much faster. They can get this information in tier 1 much faster as they don’t have to wait for their app to get into tier 2.”

Another useful addition for those who post ads across multiple platforms will be ‘SKAdNetwork for Web ads’, which allows developers to “Attribute web advertising that directs to App Store product pages," according to the development post on Apple’s developer blog. Developers will also receive more information about how effective campaigns that engage users are with ‘Multiple Conversions’. Which allows them to “Receive up to three postbacks to better understand how often someone who installed an app from a campaign engages with the app over time.”

So, overall it would seem to be good news for developers on iOS. Whilst previously the blocking of data that helped to direct development and publishing was seen as a potential major obstacle to mobile games achieving success in their previous form on iOS, SKAdNetwork 4.0 appears to be a sign of Apple slowly bringing back analytics that were sorely missed.