How To Evaluate Mobile Game Ideas

How can developers evaluate the potential of new game concepts, before committing time and resources to them? AppMagic explains 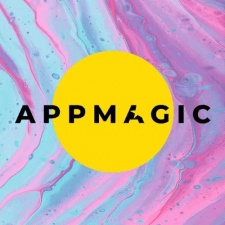 Here is a question game developers often find themselves concerned with: how do I evaluate the viability of a game idea I’m about to start working on?

Having invested many months and a ton of other resources in development, you’d quite like to end up with a game that is not just fun to play with your friends but is an actual means of making money.

A quick statistical insight: each month, an average of 10,000 new games appear in the mobile stores (Apple and Google) that would be ranked at least once, even in the least remarkable category; in at least one country; for at least one day.

That is, all these apps get at least a speck of limelight as they make the radar - gaining a few thousand downloads and earning a few hundred dollars. About two-thirds of them look like developers have put a lot of effort into the production. They have coherent gameplay, art, user interface (UI), etcetera. The implication is that the developers worked hard, had appropriate skills and were passionate about this idea.

And yet, only around three per cent of these games will earn more than $100,000 over their lifetime. What about the others? Those developers must have had certain aspirations and convictions, believing in their idea’s potential just like the more successful ones. Alas, it did not work out.

So, what can you do? How do you increase the chances of your future game’s commercial success? Actually, there are a few things to look at in order to figure out the commercial potential.

Has anyone else come up with a similar idea before? Look for similar products.

It is not unusual for us to play some game and then become taken by the idea of creating our own version of it. Something similar to Archero or Brawl Stars for example. Ever happened to you? Before getting elbow-deep into development, it is worth checking if anyone has already had a similar idea. And, if they have, what has come of their efforts?

There are several ways to find apps of a similar nature:

After researching and making an extensive list of the most relevant titles from your target subgenre, you can evaluate how special your idea is; which game design, monetisation, art and UI solutions appear to be linked with success; and whether or not you are able to create a product which can be, with a degree of conviction, put in line with the most successful references found.

It is important to keep in mind that searching for reference apps in only the top ranks of the charts may result in survivorship bias. That is why it is important to pay attention to the less successful apps as well.

Digging deeper into the stores is how you discover millions of inglorious innovations resting (in peace or otherwise).

This type of analysis won’t help you find guaranteed ideas for a successful game, but it can help avoid costly mistakes by leveraging other developers’ expertise.

This approach to development sometimes works out rather nicely, but it is still important to analyse others’ mistakes before embarking on your own development journey.

Let’s stick with the idea of building your own variation on Archero for now.

Have a look at Archero’s monthly revenue shown against 18 of its most remarkable clones. Yes, Archero’s own revenue is the blue area of the stacked graph, while the thin multi-colour line is the aggregated income of all of its clones. Impressive, right?

Each of the developers of these games most probably had a vision: they tried bringing something unique and exciting to the game in hopes of securing success; they put in a lot of effort. And yet none managed to even come close.

Moreover, revenue from the original Archero has been falling from very near the beginning. What does that tell us? Most of all, that developing the game in this genre is a dangerous challenge. The graph does not tell us why none of the Archero clones succeeded, but it demonstrates the ideas and variations that have been exploited and couldn’t do the trick. This should warn you against someone else’s tried and tested mistakes and help save your time, money and stress.

Visualisations of the type above are available to AppMagic’s premium users and are a handy way of comparing the revenues of multiple apps in one graph. However, you can still use AppMagic’s free tools to compare the positions of games in top-grossing charts over time.

It is important to remember that only revenue from payments, subscriptions and paid installations determine a game’s position in top-grossing charts.

Advertising revenue from a user in countries such as India and Vietnam should if the monetisation is configured properly, be $0.01 to $0.05 cents (depending on retention, audience and game monetisation).

For Russia and Brazil, it is three to five times higher. Advertising revenue from the wealthiest countries can reach $1 to $2 per user.

In other words, if you see a game with a high number of downloads, be sure to identify the key countries where the bulk of its traffic comes from. If most of the contribution arrives from countries with a low gross domestic product (GDP) per capita - such as India, Cambodia or Brazil - then one should not count on high ad revenue. From a million downloads in India, you may earn just $10,000 to $20,000 in total.

Am I targeting a dying market segment?

If we look at how revenue shares of different mobile game genres have been changing in the largest Western countries, the first thing we notice is a sharp decrease in the red area that stands for real-time strategy (RTS) games.

In mobile games, there are no traditional RTS titles as we know them from PC. In a mobile context, an RTS is usually a player-versus-player (PvP) game with real-time battles and elements of strategy where you’re required to control many units, such as Clash of Clans or Island War.

The question is: why have games of this genre been losing their market share so fast? Are there maybe no newcomers in this genre? But there are! Are they of poor quality? Nope: there are lots of great games. So what is going on?

When something (a game or a genre, RTS is just an example here) is not growing or shrinking, the reason is always the same: developers cannot buy enough traffic to grow with a positive return on marketing investment (ROMI).

In the case of a genre, it means that games of other genres with the same target audience can pay considerably more for an install, which results in them claiming traffic.

It is important to understand that, with the scaling of user acquisition and other things being equal, the cost of one install is increasing. Thus, a game (or genre) with a higher lifetime value (LTV) compared to its competitors will not claim all of the traffic, but the balance will shift: the one who is ready to pay more per install will get more traffic.

The flip side is that even games with low LTVs can still purchase some users; however, the figure is often so low that it doesn't justify the costs of maintaining the game and the marketing team.

Seeing the rate at which the share of RTS games has been falling, it is clear that this genre is currently losing its battle for traffic on mobile platforms. That means it is extremely dangerous to start developing a game of this genre.

One thing to add is that revolutions happen in many genres from time to time, unlocking great opportunities for whole new generations of games. That is why it is important to keep track of successful new products in different genres if you don't want to miss your window of opportunity.

How can you track successful new arrivals? For this purpose, some companies provide special tools for tracking recently released and fast-growing apps, including GameIntel (you can see five apps of the subgenre for free in the top free apps chart in the USA) and AppMagic (free, no limitations).

To hell with your marketing! True gamers will chance upon my game and love it and tell all their friends and the stores will help a good game with traffic—that’s how it's gonna work!

Not quite. That’s not how the mobile market works. There is almost no free traffic in the stores. And what’s available will not provide you with the opportunity to earn money. Yes, there are a couple of exceptions: one being featured on a non-contractual basis and the other - using referral traffic from stores. But you cannot factor them in as your key ways to earn cash.

Yes, there are examples of games in stores that have become super-viral and got stuck firmly in top charts while, at the same time, never buying traffic (or buying very little of it). However, for the most part, these stories date back to old times when there were still many empty niches in the market - for example, traditional games such as cards, sport and board games.

We can also recall unicorns such as Minecraft and Roblox, but do bear in mind: these are those very striking rare exceptions from the general rule.

What do you do if you are not yet familiar with how user acquisition works? In this case, before starting your development, make sure that the market (genre or subgenre) is growing, or is at least stable, and that its leaders change from time to time, making way for new titles.

Once the app is produced, find a partner that understands how to turn an ambitious game into a blockbuster: a publisher with a record of notable recent success, or a traffic agency with good references from friends.