Super success: Hay Day hits the top of the charts in Japan 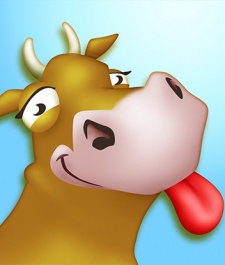 Breaking into the Japanese mobile game market is easier said than done, but having friends in high places certainly helps.

Though it typically plays second fiddle to Clash of Clans in the headlines, Supercell's other big game  the ever-popular Hay Day  is now making major waves in Japan, storming to the top of the App Store's free charts in the country upon release.

The news adds yet further weight to the reasoning behind local giants GungHo Online and SoftBank's decision to invest a cool $1.5 billion in the Finnish developer for a combined 51 percent stake.

The deal built upon an existing relationship between the companies that previously had seen GungHo promoting Clash of Clans in Japan, undoubtedly helping to set it on the road to success.

Indeed, yesterday saw the two parties lift the lid on a further week long tie up, with a Clash of Clans-themed dungeon brought to the world of Puzzle & Dragons.

The game was placed in the 'featured' section of the Japanese App Store, while review site AppBank - who also had an hand in the success of Clash of Clans - provided a friendly amount of coverage.

With Supercell gaining a firm foothold in Japan, eyes will now be on GungHo to see if its push in the west  no doubt now aided by its Finnish partner  can gain significant momentum.