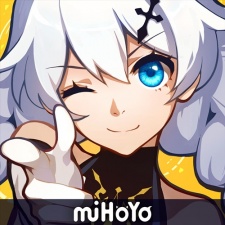 The Shanghai-based games developer claims the title also managed to pull in over 350,000 pre-registered users in the US and Europe before its worldwide launch on iOS and Android March 28th.

To celebrate the milestone the studio is offering players a plethora of in-game rewards, which include a swath of in-game currency, weapons and emblems, as well as discounts on certain skills.

"We are humbled to be featured and receive such a positive critical response to the game,” said miHoYo president Wei Liu.

“However, we are most thankful for the fan feedback and reception we have received. It has truly been beyond our imagining."

Honkai Impact 3rd revolves around a mysterious power called Honkai that periodically destroys civilisation. As the destructive force returns for another round the player takes control of a group of Valkyries who are tasked with ending the threat.

Update: A press release originally said this milestone was reached in one week, which is incorrect. The story has been altered as such.