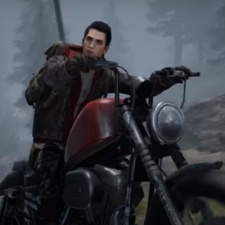 The trailer uploaded to Tencent’s official YouTube channel (below) sees a motorcyclist fighting it out for survival against hordes of zombies, before joining with others and setting up defences.

While no official English title has been stated, according to Google Translate the game is named “Code: Life” and will be Tencent’s first co-operation survival mobile game.

Tower defence mechanics look to be implemented via the use of traps, as well as working with others through an online co-op in some manner. Interestingly, the title looks in a similar style to Sony’s recent release, Days Gone.

At the time of writing, no launch date or territories for release have been revealed but it’s expected that the game will make its debut in China.

Tencent games have continued to dominate with Honour of Kings topping the list for the highest grossing mobile game globally in April 2019.