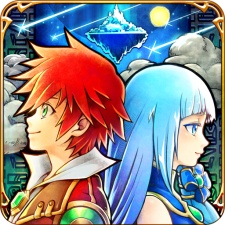 After a five-year lawsuit, Nintendo has settled a patent infringement lawsuit against the developers of White Cat Project, Colopl.

In a statement on the company’s website, Nintendo has confirmed that Colopl has agreed to pay an undisclosed amount and will commit to paying for future licensing of Nintendo’s patents.

Nintendo’s allegations of copyright infringement date as far back as September 2016. After a series of unresolved complaints to Colopl, Nintendo eventually filed a lawsuit against the developer in 2018 for $350,000 alleging five infringed patents.

According to Siliconera, the final settlement amount Nintendo requested has ostensibly raised to total over ¥3.3 billion ($30 million).

The five patents that Colopl are said to have infringed include touch-screen joystick functionality, multiplayer connectivity, confirmation screens in sleep mode, character attacks based on touch input locations and a shadow effect placed on characters hidden behind the game’s geometry.

At the time, in spite of the ongoing lawsuit, it was reported that Nintendo was still happy to let Colopl release a sequel to White Cat Project on the Nintendo Switch. Due to delays, however, the game has still not yet been released on the Switch with the release expected in the future.

In the past, Colopl attempted to scale White Cat Project overseas, renamed as Colopl Rune Story. The western adaptation of the game did not perform as well and was ultimately shut down in 2016.

The game still maintains a strong player base in Japan and has featured collaborations with popular animated series. In addition, White Cat Project has received an animated series itself.

Dr. Mario World has proven to be Nintendo’s worst mobile game to date, generating only $14 million in the two years since release. The game will be subsequently shut down on October 31st, 2021.