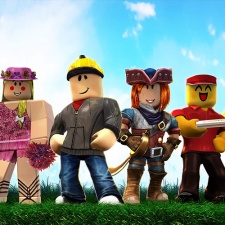 After launching in July 2021, Roblox has now removed its LuoBuLesi app from the Chinese market.

The game was launched as a platform distinct from the global Roblox in a partnership between Roblox and Tencent affiliate, 0700.HK, as Roblox aimed to expand in China. In late 2020 the game secured the licenses it needed to be permissible in the country.

However, the game vanished from mainland app stores on December 8th, 2021, and as of now, users who had previously downloaded it are presented with a message when they open the game which thanks them for using the test version.

But there have been complaints from users in China (where, according to Sensor Tower, LuoBuLesi has seen 1.7 million downloads) that they were unaware that the game was a test version.

Whilst Tencent has yet to comment, a Roblox spokesperson shared with Reuters that building the "next version of LuoBuLesi" required this removal and that it is part of a "a number of important transitory actions" in the country. A timeframe for the game’s return has not yet been given.

"We always knew that building a compelling platform in China is an iterative process and we are thankful for the support of LuoBuLeSi users and our global developer community," said a Roblox spokesperson (via Reuters).

"It is critical that we now make the necessary investments, including investments in our data architecture, in order to realise our long-term vision."

Earlier this week, allegations were made against Roblox founder David Baszucki regarding tax break exploits that are meant for small businesses.