Over 1,200 Android and web-based games available 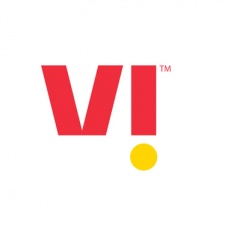 Vi Games will feature over 1,200 Android and web-based games across 10 different genres and will be available via the Vi app which will separate gaming content into three categories: Gold Games, Platinum Games, and Free Games.

The Platinum subscription tier will allow access to games on a pay per download basis, with games costing Rs 25 ($0.33) for postpaid and Rs 26 ($0.34) for prepaid.

The free pack will allow users access to over 250 games but will include ads.

"We are seeing a significant uptake of gaming consumption in India with more than 95 per cent of gaming enthusiasts using the mobile device to enjoy a wide variety of content," said Vodafone Idea chief marketing officer Avneesh Khosla.

"Deeper penetration of smartphones and 4G availability has led to meteoric growth and adoption of gaming content making it a popular choice for fun and entertainment. We see gaming as a major focus area of our digital content strategy and we intend to build a comprehensive play encompassing most facets of gaming with the aim of establishing Vi as a preferred destination for both, casual as well as serious gamers."

Going forward, Vi Games will integrate casual games as part of its expansion and will gradually be developed to include social games, esports, and more.