The lawsuit is being filed due to copyright infringement 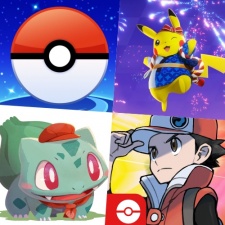 The claim has been brought due to alledged similarities of the game Pocket Monster Reissue – Koudaiyaoguai Fuke in Chinese – to the Pokémon franchise, primarily available on Nintendo's consoles and apps appearing on mobile devices.

The Tokyo-based firm is claiming damages of $72.5 million, and demanding that the accused companies issue apologies on popular Chinese websites, social media platforms, and app stores.

The companies in question have been accused of running Pocket Monster Reissue since 2015, according to a stock exchange filing on Thursday by Jiangyin Zhongnan Heavy Industries Co – one of the accused.

The game is currently available on numerous app stores in mainland China, including those run by top firms such as Huawei, Xiaomi, and Tencent. The game earned more than 300 million yuan – $43.5 million – within the first year of release, according to a financial report by Zhongnan Heavy Industries’ published for that year.

Although numerous Pokémon-style games are available on app stores all over the world, including Pocket Mortys – a parody set within the Rick and Morty universe – Pocket Monster Reissue goes a step further featuring characters and pokémon from the universe, such as Pikachu, Oshawott, and hero of the anime, Ash Ketchum.

Additionally, the title Pocket Monster could lead consumers to believe the game is a licensed product, as Pokémon itself is an abbreviation of Pocket Monsters.

The app store icon also features a recoloured version of the cover of Pokémon Yellow, one of the earliest games in the franchise. As such, it’s easy to see why this game has been singled out and the a lawsuit pursued.

The perceived similarities of the game to the Pokémon franchise has generated online discussion among players in mainland China, in part due to the unavailability of some Pokémon games in the country. The list of unavailable games includes Pokémon Go, which was banned in 2017 due to concerns regarding “national security and the safety of people’s lives and property” giving rise to the popularity of similar titles.

This year, we listed Tencent, Nintendo, and Niantic as some of the top 50 mobile game makers.

The Pokemon Company partners with Tencent on new games